Cryptocurrency data analytics firm, CoinMetrics, recently published the 28th issue of its weekly ‘State of the Network’ series, reporting changes in network data over the past week. According to CoinMetrics, mining revenue for both Bitcoin and Ethereum are down significantly for the second consecutive week, mostly due to the pronounced fall in prices over the same period.

The report also showed that ETH fees dropped by 14.4% this week, compared to the 20% growth seen the week before, which CoinMetrics attributed to the launch of the Gods Unchained marketplace.

The data also highlighted that Bitcoin‘s market value to realized value (MVRV) ratio had started to increase over the past week, after dipping to a six month low of 1.23 last week. The report noted that as of 1 December, BTC MVRV was 1.32. 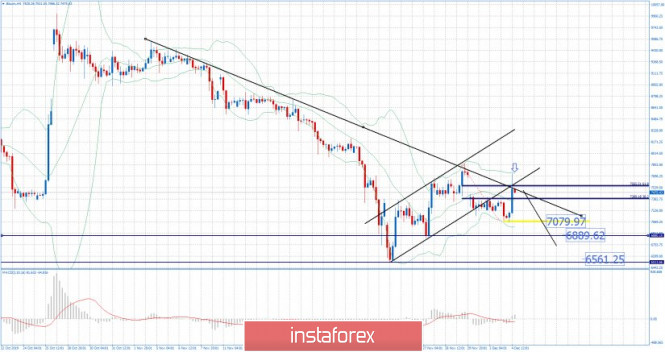 Bitcoin has been trading higher in the past 8hours. Anyway, BTC reached and rejected of the very important resistance at the price of $7.650, which his good sign that sellers are still in control. In my opinion BTC did re-test of the broken bear flag pattern. Watch for selling opportunities and downward targets at $7.079, $6.889 and $6.561.

MACD oscillator is showing neutral stance and no expansion.

Technical analysis of USDX for August 2, 2016

Trading recommendations for the GBP / USD currency pair on June 13, 2018