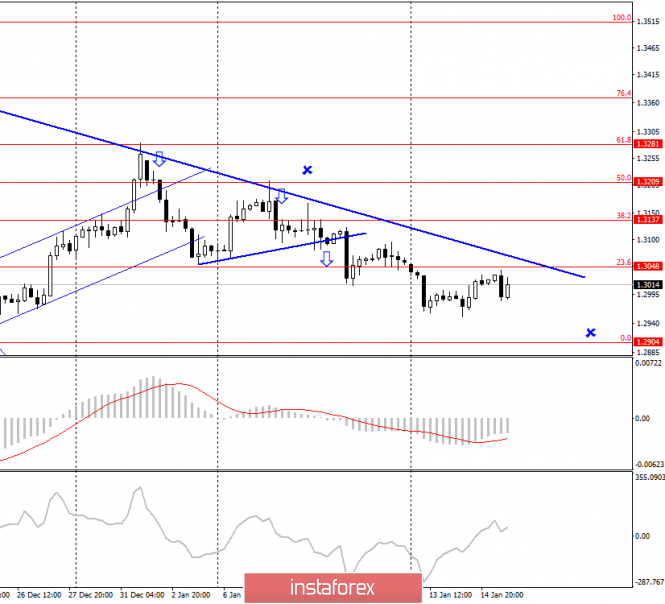 The GBP/USD pair, after fixing under the corrective level of 23.6% (1.3048), began the process of returning to this Fibo level. The rebound of quotes from it or the upper border of the downward trend corridor will be the fourth signal to sell the British pound with the last target – the corrective level of 0.0% (1.2904). At the same time, I believe that working out a trading idea is somewhat delayed and further keeping sales open can be a bit dangerous. In any case, it is best to move Stop Loss orders as close as possible to the upper line of the corridor or beyond the corrective level of 23.6% (1.3048). I believe that the pound-dollar pair will have the last chance to fall to the designated target level, after which the trading idea will exhaust its efficiency. The consumer price index in the UK today was much lower than forecasts. Thus, the “foundation” speaks in favor of a new fall in the pound, as does the “technique”.

Forecast and trading recommendations for GBP/USD:

The current trading idea is still to sell the pound with a target of 1.2904 since as many as three sales signals were received. I recommend moving Stop Loss levels outside the trend area or placing them behind the nearest corrective level.

What did Putin say on his speech at the Federal Assembly on January 15?

January 16, 2020 forex hitlist team Comments Off on What did Putin say on his speech at the Federal Assembly on January 15?