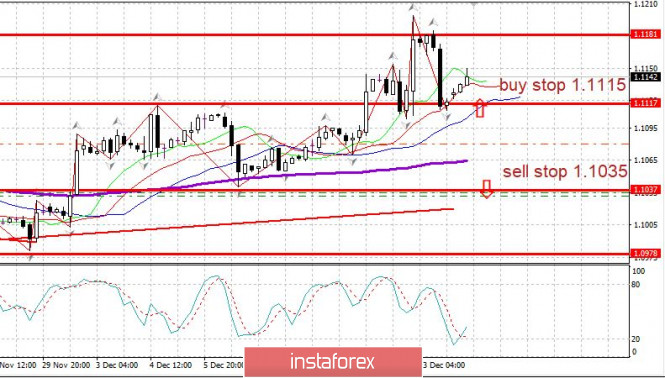 Before the end of the year, experts are asked to make forecasts for next year.

This is a very ungrateful matter, and everyone probably remembers several cases of epic fails of very venerable analysts. I remember very well how Goldman Sachs’ analysts forecasted oil at $ 200 per barrel for 2009, and in February this year oil crashed down to $ 30. Also the time the Fed said in autumn of 2007 that “the economic outlook is very stable,” and through a couple of months sharply reduced the rate at an emergency meeting.

We can only guess what troubles await us in 2020, also from which side.

Experts estimate the likelihood of a new Big Crisis in 2020 as very high at about 65% and up.

Here are the possible reasons:

1. A new and much stronger aggravation of the Trump trade war against China. Although they might have seemed to have agreed upon the dispute, at some point Trump is unpredictable.

2. The Great War in the Gulf (for example, Iran against Saudi Arabia). Oil to the ceiling.

3. The collapse of one large institution. For example, the size of Deutsche Bank and the state’s refusal to help / save (IMHO, it will not draw for the Big Crisis).

4. The new “Greece” in Europe – the default of one of the countries (the ECB will save, no doubt).

And finally, the US election.

Most likely, if a crisis happens, it will be the fall-winter of 2020.

As US elections draw near, uncertainty will increase and markets will be weak.

In the case of Trump’s non-re-election, there is a high probability that taxes will be raised noticeably and this will cause very large sales of stocks and bonds. It is hardly possible to avoid raising taxes now that the tax policy from Trump is super soft. As a result, the US government debt grew more than 10% over the past two years by $ 2 trillion.

How will the crisis unfold? After the first signals, the mass sale of shares and bonds of businesses will begin. This will cause a drop in commodity prices. Also, with a strong drop in markets, the collapse of several large banks is very likely and they would admit that they pursued too risky policies. This will trigger a new wave of sales. The GDP growth in large countries will stop and job cuts will begin.

What will happen in the currency market? The leaders will be the dollar, possibly the euro and the yen, where a massive return on investment will begin. Currencies of developed countries will fall under sales.

As for Russia, it is most likely that in the new Big Crisis there will be a drop in oil prices to $ 45-40. This will cause the ruble to fall by 25-35% and the Central Bank of Russia will not spend reserves to maintain the ruble until the fall becomes too large. Prices will rise, household incomes will fall in real terms and demand and GDP will decrease.

Only in the scenario of the war in the Gulf then Russia can benefit from rising oil prices.

We look forward to continued growth.